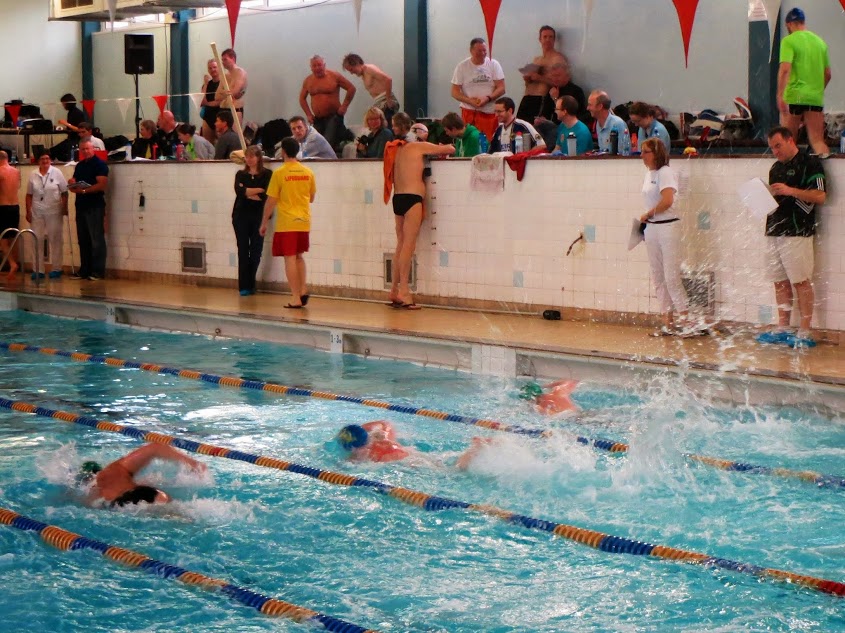 Some devout swimmers took to the road to Cork in the middle of February to test the gala waters of the Douglas pool. Congratulations to Colm Carty, Gerard Corry, John Dempsey, Paul Kearney Snr  & John Ryan who attended the Sundays Well Gala.

Speaking to one participant “he” gave the following report “I got a warning from Coach Dempsey over being tardy on my dive start off the blocks.  Too much chatting to those around me instead of visualizing my swim” he said!!  The Coach was right. But the chat up lines were good.

Coach Dempsey also refused to stop on the way home for the team to have Fish & Chips in Charleville. This is a very rare punishment meted out by the Coach and only if there has been serious misbehavior by Club swimmers at a Gala! As there were only 4 club swimmers at the Gala with the Coach we are not sure who had misbehaved!