A good crowd 11 off swimmers assembled at Worrells End, Castleconnell. This week was a first time swim for Philip Brady, Brian Murray and Rebecca Austin. The weather was perfect and the water warmer compared with the week before. To swimmers like John Ryan, this does not present a problem as they have been taking regular dips at Castleconnell since April.

The swim took the now well worn route, up the right, keeping close to the reeds to avoid the boats, past the bend and upto the first tree line, a total of 900m. We were joined by a group of ~20 triathletes who have been swimming here in suits since April. On Wednesday, Andrea and Kevin, extended the swim to the half way mark between Worrells End and O’Briens Bridge, a distance of ~1700m. Later in the season, there is a plan to swim from O’Briens Bridge to Castleconnell (3.4k) which is a fantastic swim on a warm summers evening.
We all returned safely to the quay and had a picnic…..some nice cakes and a few beers, nicely chilled to the perfect temperature and great conversation.
Much discussions followed on the various open waters swims planned and Rosie Foley joined us for a little send off before embarking on her 38km swim in Lough Derg, some were heading to Kinsale for a swim around Sandycove island and another group interested in participating in the Liffey Swim were picking up qualifying swims in Killiney.
All have a great week swimming and we will see you here next Tuesday at 6:30pm. 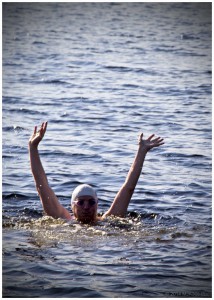 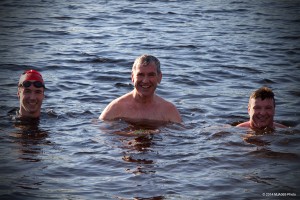 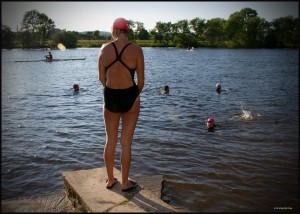 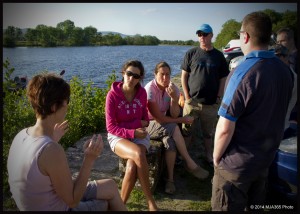 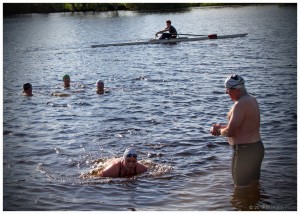 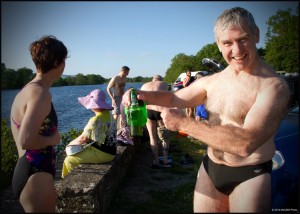